Recognize Your Enemy: How a German Government Should Respond to the Nord Stream Attacks 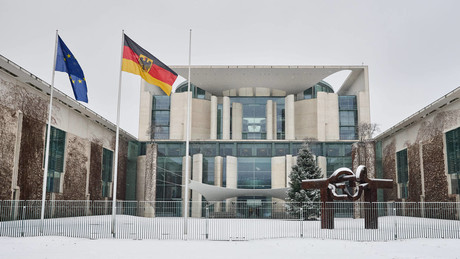 Let’s assume that the federal government did not know about and did not approve of the attack on the Nord Stream pipelines, and let’s also assume that the prime suspect, the United States, is the perpetrator. What consequences would a German government have to draw from this incident?

Admittedly, this is a very hypothetical question, because a government that values ​​German sovereignty would not have consented to Nord Stream 2 not being commissioned. And you don’t have to fool yourself, if the federal government had reacted to the maneuvers within the EU to prevent commissioning by threatening to leave the EU otherwise, these maneuvers would have quickly come to an end. In this context, there is no need to speak of approval of the sanctions. The energy supply is the bloodstream of every industrial society and without a functioning economy, sovereignty remains an illusion.

But still, in order to assess what the action of the actual federal government implies, one should consider that of a hypothetical government in the national interest. What options for action would it have, or how would it have to react to such an event?

It is a serious terrorist attack on Germany, particularly on vital infrastructure for the German population. The fact that both pipelines were currently not in operation does not change this fact. After all, it would have been within the government’s discretion to change this situation at any time. Such an attack is an act of war, an act of undeclared war – but that is the norm in NATO. The key point, however, is that this attack creates a state of war by itself.

So this hypothetical German government should have found out during the day yesterday that it was at war with the United States – not through its own will, but because the United States launched an extraterritorial attack on vital infrastructure for Germany.

An attack by a NATO member against another NATO member. There is a historical precedent for such cases, precisely one – the Turkish attack on Cyprus and the subsequent exit of Greece from NATO.

I don’t want to shed light on the background of the Cyprus conflict, I’m just using it as a technical example. The Turkish army landed in Cyprus on July 20, 1974. On August 14, Greece left NATO. This means that there are no long deadlines in such a case; exit would be possible immediately.

Of course, that would cause some problems. In various countries, especially in Eastern Europe, German and US troops are stationed, who are suddenly at war with each other. But the German government could do nothing to change this fact. The only option would be to withdraw these troops as soon as possible. The same would apply to all foreign assignments.

Simultaneously with the withdrawal from NATO, an ultimatum to the US troops stationed in Germany would have to be issued: let’s say, withdrawal within 24 hours, with the announcement that all US bases would be blocked after this period and cut off from all supplies.

Basically, since the state of war is already in place, it would be legal to attack these troops immediately (admittedly, an interesting experiment with the Bundeswehr). But on the one hand that would unnecessarily cost our own troops, and on the other hand the option of a blockade means there are definitely fewer violent options that leave more political leeway.

The ultimate goal of any military action is a political one, and in this case the political goal, at least the first political goal, is the full restoration of German sovereignty, which necessitates the evacuation of US troops, but not to attack them militarily.

In the real world, of course, it’s much more complicated because the entire Bundeswehr leadership is pro-NATO and very pro-US. The deputy inspector general even spent several years with the US troops. Not to mention the loyalties of the real federal government…

Why would a “peaceful” version of a deduction request be cheaper? Because it’s not 100% clear how other NATO members will react. Although Berlin has spent the last few years creating as many enemies as possible, that does not mean how France, for example, would react to such a development. France has not been a member of NATO for a long time and the French military may have their own opinion about such a US action and not be pleased. So it would be politically wise to allow some time to elapse so that the internal relations of the ex-alliance can get moving.

There would, of course, be a very clear move. That would be a complete, immediate change of sides along the global line of conflict by linking the NATO exit with a request for assistance in securing German sovereignty with Russia and possibly China. That would at least quickly drive any stupid thoughts out of the United States. Given that the United States is the aggressor, the issue of the peace treaty wouldn’t get in the way either. On the contrary, one could politely ask whether the Russian army would like to resume voluntarily relinquished rights to station troops.

In relation to the core political issue of sovereignty, this is not entirely unproblematic, but relying on the Bundeswehr against the USA would not really go far. Not even in terms of quantity. And since we are dealing with an enemy whose propensity for terrorist methods has just been confirmed, firstly, units of our own troops are needed to ensure internal security and, secondly, a well-functioning air defense system that can compete with anything the USA can do send it through the air – and there is only one address for that worldwide.

As we can see, it’s not an easy task. Especially not when we take into account that the current government of the immediate neighbor to the east, Poland, would definitely side with the United States immediately. The tweet by former Foreign Minister Sikorski made that clear enough. Just a month ago, Polish President Duda called for the “dismantling of Nord Stream 2”. In any case, the eastern border would have to be specially secured.

An even bigger problem would be the question of leaving the EU. It would take a few days to clarify whether this is required or not. But there would be a high probability that the EU would tear itself apart, assuming everyone had the same information.

The destruction of these pipelines not only harms Germany, but also conveys the effects on the electricity supply to other European countries through the European gas pipeline network, so that it is possible to say with absolute certainty what position the EU Commission will take, but not that of individual countries such as Bulgaria, France or Portugal. Whatever the circumstances, the minority bloc would leave the EU and the Commission would be re-staffed accordingly.

This would decide whether the euro would continue to exist. If at least two of the three big countries Germany, France and Italy would not remain in this structure, it is likely to disappear. The currencies that would then emerge would probably all be weak because the whole world would know that European industry had just been deprived of the necessary basis.

But the whole bundle of questions about the EU and the euro is basically too complicated to touch on briefly. It is only necessary to keep in mind that every step in this direction has an impact on trade flows, some of which are also vital (I cannot repeat it often enough, 80 percent of plant-based food in Germany is imported).

Apart from accomplishing the two necessary points, recognition of the state of war and withdrawal from NATO, there are a number of other urgent tasks. After all, the sabotage of the pipelines, whether it causes permanent damage or not, endangers the supply of the German population even more than it already was.

The problem of winter cold can only be solved to a limited extent. Due to the special emergency, any ban on coal or wood heating would be lifted. That would at least provide some relief. It would be worth considering how additional firewood could be made available.

Even if the Nord Stream pipelines were to be put back into operation, the energy supply would have to be secured until then. It will not be enough to extend the operating times of nuclear power plants. In order to gain time, it would have to be thoroughly examined which coal mines could be put back into operation and at what cost, because imports would also become extremely expensive for coal due to the consequences for the currency. Maybe there are coal mines that weren’t concreted over, just flooded. In any case, it is clear that climate policy is at least taking a break.

This also applies to agriculture. Biomass production must be scaled back and food-producing agriculture restored. Especially when the availability of artificial fertilizer is in question, large areas must not be wasted on biomass.

And now just as a further step in the thought game: What if the pipelines could be repaired, but Denmark, through whose territorial waters part of Nord Stream 2 runs and in whose exclusive economic zone the damaged areas are located, refuses to authorize a repair? Because it still acts on behalf of the USA? One sees that a path to sovereignty would require not only determination but also highly capable personnel…

Whichever way you look at it, there’s no easy way out. However, one thing has to be said – without sovereignty, a bad situation becomes even worse. After the alliance with the United States has already ensured that not only the prosperity but also the prerequisites for life in Germany are questioned, the attack that has now taken place has answered this question in the sense that they no longer exist. Thus, the attainment of sovereignty is the first necessary step on the road to recovery.

Without this prerequisite, no solution is possible, because the way to be followed in the wake of the United States is clear: an unchecked crash. The first step to at least be able to intercept him is to recognize who the enemy is.

more on the subject – The EU condemns itself to deindustrialisation