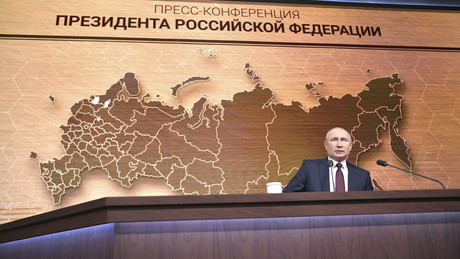 A report from Nikita

Almost two weeks ago, the US magazine Politico published one on its website Article entitled “Waging psychological war against Russia”. The authors of the article are ex-CIA official and later DIA director David Shedd and Ivana Stradner. The latter is a consultant for two organizations that deal with media competence and the “defense of democracies”.

In the text, the authors address the question of how Cold War media tactics should be adapted to the current situation in order to achieve maximum success in the fight against Russia and Putin. Among other things, the authors are sure that it would be promising to use the national pride of the Russian people to show people how the Kremlin, in the guise of President Putin, is harming the country. In addition, humor should be used more often and more intensively as a political weapon.

But another proposal leaves more than just an unpleasant aftertaste: Russia’s ethnic minorities, who according to Shedd and Stradner are constantly discriminated against “while the state turns a blind eye”, should be strengthened in their criticism in order to rebel against the Kremlin. In particular, there was talk of Buryats, Yakuts, Chechens and Tartars.

Quote: “Washington should ensure that every Tartar in Russia knows what they have lost and encourage them to fight for their rights.”

It is no coincidence that such statements are reminiscent of the tactics used in Western-instigated color revolutions. From Washington’s point of view, one has the absolute right to break up entire nations and plunge them into never-ending civil wars for the purpose of “freedom and democracy”.

What is interesting is what happened over the next two days. After the announcement of the mobilization, articles appeared in the Western media dealing with alleged over-recruitment of minorities.

That’s what the medium headlined, for example Foreign Policy “Russia sends its ethnic minorities to the meat grinder” and the newspaper Washington Post brought the headline “Anger flares up as Russia’s mobilization hits minority regions and protesters.”

The proposals of David Shedd and Ivana Stradner, who loudly Politico do not necessarily reflect the opinion of the American government authorities, so they were implemented promptly.

Of course, as mentioned earlier, this isn’t the first insane and destructive idea to come out of Washington. On June 23 of this year, a appeared on the website of the US Commission on Security and Co-operation in Europe (CSCE). contribution titled “Decolonize Russia”. It spoke of Russia’s alleged imperial tendencies and the need to dismember the federation for the sake of security and stability in Europe.

The heads of the US government presume to discuss and rule such matters as if it were their innate right.

The constant criticism of nationalism in Russia seems more than absurd given the fact that hardly any other country is as exaggeratedly nationalistic as the USA. A nation that is literally drowning in its own flags, where children have to swear an oath every morning at school and where the guarantors are constantly told that there is no bigger, no better, no more important country in the world than the USA, hardly has the right to complain about the same things with others.

The question remains how the Russian people will deal with the West’s repeated attempts to stir up unrest within their society. Cohesion is obviously the order of the day.

Since the Ukraine crisis flared up again in February 2022, Nikita has devoted herself to uncovering false reports in the media, researching the historical and geopolitical background and conveying perspectives on the conflict beyond the official narrative. She is on Twitter athttps://twitter.com/sorryaberneinto find.

Entrepreneurs’ demonstration in the Ore Mountains – Saxon Office for the Protection of the Constitution: "Not all right"

Lavrov: “Entire security architecture in Europe completely subordinate to the US”