CNN: US is blackmailing India to end cooperation with Moscow 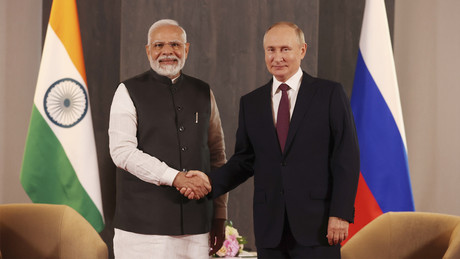 US holds ‘serious’ talks with India over its ‘dependence’ on Russian arms and energy,reported CNN citing a US State Department official.

“India is very dependent on Russia and has been for 40 years: first military dependence and then energy dependence. (…) We are in serious talks with India to help them find diversification opportunities,” the officer told the station.

He added that Russia is said to be “no longer a reliable arms supplier” and that India is beginning to “realize” that “there would be real benefits” in finding other suppliers, quoted as sayingCNN the unnamed insider.

The Foreign Ministry spokesman’s comments came hours before Russian President Vladimir Putin announced plans to partially mobilize Russian citizens. It is unclear what impact the Russian president will have on India’s position on the special operation in Ukraine. Since the outbreak of hostilities in Ukraine, India has attempted to strike a balance between Moscow and Western countries, largely condemning the country that remains its largest arms supplier and with which it has maintained ties since the Cold War has avoided. CNN also notes that India is a member of the Quadrilateral Security Dialogue along with the US, Japan and Australia.

India has so far resisted Western pressure to cut the country’s economic ties with Russia. New Delhi has even increased its purchases of Russian oil, coal and fertilizers and has repeatedly voted not to exclude Russia from the Human Rights Council at the United Nations, calling for “dialogue and diplomacy”.

Did Ursula von der Leyen want to threaten the Italians before their election on Sunday?