Beaten to Death: How Russians Survive Without Hollywood 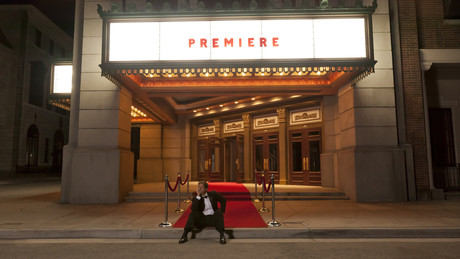 A commentary by Andrei Ratchkin

Most Russians haven’t seen the big films of 2022, at least not in cinemas – like the new Top Gun, the Elvis biographical film, the latest Marvel sagas – and they haven’t had a chance to participate in the bizarre one either Participate cult, to watch the latest movie with the Minions in the appropriate disguise.

The neutralization of the Russian market happened so quickly that distributors had to pull the plug on their projects overnight. These companies have stopped all the work that they and their contractors had already done to get their films distributed. Translations into Russian had already been made, marketing had started, and the films themselves were ready for distribution to theaters. There is no doubt that the decision to halt screenings of these films has cost everyone involved dearly. There is also a doubt that high-level meetings ensued to discuss what is more financially devastating: to discard everything that has already been done and paid for, or to go ahead with screenings of the films anyway and avoid a possible outcry and boycott to face the West.

Most cinemas have hardly had any income since March, but the situation is not entirely hopeless. Moscow cinemas, for example, have been financially supported by the city in exchange for showing films made in Russia. Even Soviet classics returned to the screens in some cinema halls. Some suggested that Indian and Korean productions should be included in the programme, as such films have been and still are popular with audiences both in the past and today. But that hasn’t resulted in any meaningful projects or engagements, and cinemas as a whole still have very little to offer viewers.

It is not yet clear what fate awaits the majority of cinemas in Russia. Turns out there might have been too many of them, and many might have had a business model that wasn’t sustainable without a steady flow of movies from Hollywood. There are rumors about the introduction of a strategy of parallel imports, about unofficial translations with those actors who usually lent their voices to the film characters, as well as about the restoration of the old repertoire, at least partially. But first there are some obvious legal hurdles to be cleared first – and for cinemas, every day that a film cannot be shown counts heavily.

In the meantime, however, a trend became apparent: the stage theater suddenly got more visitors than usual, as did the zoos and museums. To my surprise, the Moscow Planetarium had an almost sold-out screening of the universe in ultraviolet and infrared light, and it was a regular screening, on a regular Thursday, just like any ordinary movie theater. The only difference was that this wasn’t about superheroes or a cliched love triangle, but about the universe in which our planet exists. There was also an exhibition on the history of space exploration in the foyer while waiting for the show to start. It was basically like a field trip with the school class – but the people loved it!

For many Russians, this sudden detox from Western entertainment that had basically taken over everyday life feels like a much-needed and deserved break. Many people use this to broaden their perspective, to learn that there are other countries whose culture has a lot to offer as well – and rightly so. For example, the Spanish-Argentinian comedy “Official Competition” made more money at the box office in Russia than in the USA and even more than in Spain, the country of its origin! It all seems like not everyone wants to see the same action movies, with the same characters, over and over again – or at least many are open to alternatives once they emerge from behind the glare of Hollywood marketing.

It has been joked that by taking away the superhero movies and fast food chains from the West, the West is only making the Russians more sophisticated and educated – and there may even be some truth to it in the end. Mind you, there’s nothing wrong with stuffing popcorn in your face while watching a movie with clear moral instructions about which characters are good or bad, and where in the movie to be sad or proud. This is entertainment – it’s a form of escape from the ailments of everyday life and a way to unwind. But it’s nice to see that for once the scales aren’t so one-sided and more and more people are finding other ways to spend a nice evening and enjoy something deeper.

Translated from the English. Andrei Ratchkin Continental Hockey League administrator, avid gamer, and contributor to RT on games and culture.

Is the “Minority Report” real? US police are testing AI to predict crime

From January 50 euros more – citizen income instead of Hartz IV

From January 50 euros more - citizen income instead of Hartz IV