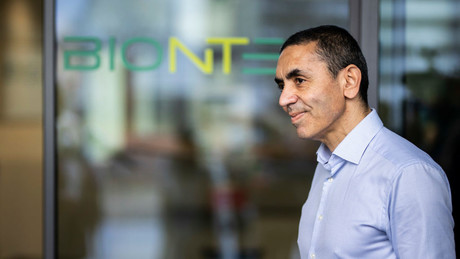 Uğur Şahin, founder and CEO of the company BioNTech, has – shortly before the expected approval of the adapted COVID-19 vaccines by the European Medicines Agency (EMA) and the new vaccination campaign of the federal government announced for mid-September – the magazine Spiegel a Interview (payment barrier) given.

Şahin pointed out in the conversation that, in his opinion, the corona virus would continue to mutate “at high speed”. It is therefore difficult to predict “when it will be the case that all relevant positions have mutated and are therefore no longer recognized by the wild-type vaccine.” To protect the population, the company has therefore produced two adapted vaccine versions, which now have to be finally approved by the EMA. The CEO verbatim:

“The delivery is logistically complex and requires a few days of preparation. But we could deliver very promptly, hopefully at the beginning of September.”

Regarding the data required for approval, Şahin explained that the data for the omicron subtype BA.1. requested study results from the EMA would be available. However:

“The other vaccine is based on the subtype BA.5, which is currently dominant in the EU. We are currently submitting the last documents. Then things can go quickly here too. It depends on how quickly the EMA checks.”

The BioNTech CEO answered in the affirmative that it would take “a few weeks rather than months” before approval was granted. Şahin again emphasized that he expects the EMA approval processes for adapted active ingredients to be less lengthy in the future. Şahin verbatim:

“That’s important, yes. We not only need further improved vaccines, but also the processes to be able to react more quickly.”

Compared to the situation of seasonal influenza agents, he predicted:

“I would be surprised if we don’t have an internationally coordinated solution by next year at the latest, similar to the flu vaccine. We can’t afford anything else either.”

In the talks with the authorities, it was clear “that things are progressing there.” Şahin had in June requiredthat in the future additional clinical studies on humans could be dispensed with for the approval of vaccine adaptations. Due to the quality of the first and only BioNTech-COVID active ingredient to date, “mortality has been significantly reduced and hospitalization reduced at Omikron,” said Şahin. On the subject of dynamic new and reinfections in humans, despite partial quadruple vaccination, the mirrors not followed up.

Findings from studies “whether a minimum distance to the last vaccination with the wild-type vaccine should be observed” were, according to Şahin, “not specifically examined.” And he added:

“In principle, however, we had a gap of six to eight months since the last vaccination in our investigations.”

However, he could imagine “that the EMA or the STIKO will make a recommendation on this.”

The process of adapting the new active ingredients was “really fast and is no longer a major technological challenge for us.” The details of the interview are as follows:

“We had produced first doses for clinical trials in six weeks and started them in January. We make the spike protein sequences for potentially relevant variants in the laboratory every week and have run through this process for hundreds of versions. We can also do the production adapt very quickly.”

There is “no huge difference” between the next two vaccines. Both would “produce a clearly superior antibody response to omicron.” The CEO explained:

“At the same time, we have strong evidence that a BA.5 vaccine works even better against BA.5. But there are also opinions that a variant that is closer to BA.1 again could emerge in a few months.”

BioNTech has developed an early warning system that “constantly analyzes the development of the virus with the help of artificial intelligence.” “Every month, tens of thousands of sequences of the spike protein from new variants” are analyzed. The company is currently testing “various approaches for next-generation vaccines”.

Germany was “twice as lucky” with Omikron because “it is not a full escape variant and the existing vaccine was able to offer booster protection.” BioNTech has also recently applied for approval for children over the age of twelve. For younger children, the company is “in contact with the authorities about what data they need for approval.” In this regard, however, he could not give a date yet, said Şahin in hisSpiegel-Interview.

More on the subject – On to the next vaccination? A STIKO recommendation with risks