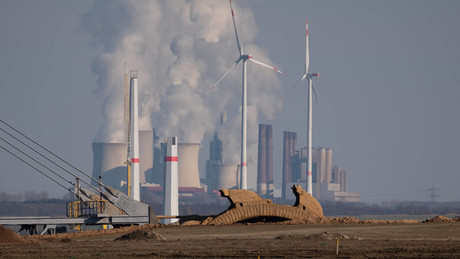 The Essen-based energy giant RWE AG plans to increase the use of coal for energy production in the short term in view of the decline in gas supplies from Russia, as Michael Müller, the board member responsible for finance, explained CNBC explained. “RWE supports the German government and other European governments in overcoming the energy crisis. That is why we will continue to increase our coal capacities in order to master the situation,” said Müller.

RWE plans to operate three lignite-fired power plants to generate electricity from October. The company’s website states that lignite, considered the most polluting energy source, “has remained reliable to date.” RWE produces millions of tons of the fossil fuel every year.

“What is happening now is hopefully a short-term problem where we have to ensure a secure supply,” said Müller. “And so we feel it is our duty to support the German government in restoring (electricity generation) capacity in the short term. … So in the short term we will have to resort to additional coal, but it should be clear that we also have the program for renewable Energies will accelerate in order to achieve our long-term goals,” emphasized Müller.

The company has been criticized by environmental and consumer advocates because, according to them, it declares fossil fuels to be environmentally friendly and, on the other hand, benefits from the enormous cost increases that many private consumers find difficult to afford. The energy giant presented its business figures for the first half of the year on Thursday. As early as July, the group had raised its forecast for the full year based on preliminary figures – an adjusted operating result (adjusted EBITDA) of EUR 5 to 5.5 billion was expected. That’s over a third more than originally estimated; RWE had already corrected the previous forecast upwards in mid-February. The reasons for the increase included good business in energy trading, where RWE is benefiting from high energy prices.

The Essen-based energy group sees the decision to continue operating its Emsland nuclear power plant beyond the end of the year as a political one. “It is important that a stress test is carried out now. Politicians will then make the decision based on the stress test and we will wait and see,” said RWE CEO Markus Krebber on Thursday in Essen when the half-year figures were presented. After the decision, things are going “in the direction that politicians want”.

Krebber further explained: “We have said before that the capacity of the plants that would be available is manageable. The effect on gas savings is also manageable. There are legal and regulatory hurdles.” In the so-called stress test, the transmission system operators are to check the security of the power supply in Germany under more stringent conditions. When the result will come is still open.

On Wednesday, the energy company E.ON expressed reservations about the continued operation of its Isar nuclear power plant in Lower Bavaria, but at the same time signaled its willingness to talk. “If the federal government comes to a reassessment of the situation as part of the ongoing stress test, then we are ready to talk,” said E.ON CFO Marc Spieker.

There are still three nuclear power plants connected to the grid in Germany. The operator of the third power plant in Neckarwestheim (Baden-Württemberg) is the energy group EnBW.

Small victory for freedom: the police can "the citizens crosswise" - in Zittau