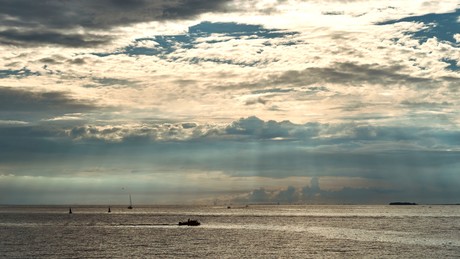 In his view, such a decision would result in the Gulf of Finland being “closed” to Russian ships. Evening newspaper recalled that last year Estonia decided to buy Israeli Blue Spear anti-ship missiles with a range of 290 kilometers for coastal defense. The Finnish Navy has Swedish MTO-85M anti-ship missiles with a range of more than 100 kilometers.

Pevkur pointed out that the Baltic Sea became NATO’s “inland sea” when Finland and Sweden decided to join the alliance. If these countries join the bloc, he said, “the situation as it is today will change”.

Pevkur took over as Estonian defense minister in mid-July. Before that, he headed the ministries of social affairs, justice and home affairs for various years. The minister visited Finland this week in his new post, where he met with his colleague Antti Kaikkonen.

Sweden and Finland announced their intention to join NATO after the start of the Russian special operation in Ukraine. They justified their decision with the changed security situation and emphasized that it was not directed against Moscow. The accession protocols were signed in early July and all NATO member states must now ratify the documents.

Russia’s Foreign Ministry warned that Sweden and Finland’s entry into NATO would worsen the situation in the Baltic Sea region, which the expansion of the alliance would make “if not an arena of military confrontation, then at least an arena of military rivalry”. . For his part, Russian President Vladimir Putin stated that the NATO membership of Sweden and Finland is not a problem for his country. But these countries should understand that when military contingents and infrastructure are deployed on their territory, Russia must react in mirror-image and “create the same threats on the territories from which it is threatened,” he said.

Alexei Arbatov, head of the Center for International Security at the Russian Academy of Sciences, believes that Finland cannot yet respond to Estonia’s proposal, as Helsinki has not yet joined NATO. He explained:

“Maybe they will unify missile defense, maybe not — it’s too early to tell. This will not affect Russia in any way. First, missile defense isn’t fighting missile defense: it would be like a trench-to-trenche war, because we are talking about defense systems, and missile defense counteracts offensive missiles. Russia has defense systems, the one in Kaliningrad is very powerful, the second most powerful after Moscow, there is a ‘dome’ over the entire Kaliningrad region that performs a protective function. Perhaps Estonia and Finland something similar.In response, Russia can build up its missile power, although it is not necessary, but such a step cannot be ruled out.In this case, Estonia and Finland would build missile defense and air defense, and the deployment of US missiles on their territory demand What the statement of the Estonian Minister about the ‘closure’ of the Gulf of Finland to Russian warships, it should be noted that most of our ships in the Baltic Sea are not in the Gulf of Finland but in the Kaliningrad region. Therefore, such an intention is not entirely clear. In any case, it makes no sense to close the Gulf of Finland for our ships.”

The Russian military observer Viktor Litovkin considers the unification of the coastal defenses of Estonia and Finland to be quite possible; it cannot be ruled out that Helsinki will agree. He emphasized:

“But Russia has absolutely nothing to fear and there is no reason to take any action. On the contrary, if we reacted and did something, we would suffer a great economic loss, and it is possible that the point is precisely this: Russia to to provoke some kind of reaction in relation to financial investments. It doesn’t make sense to react to that and it doesn’t matter to Russia.”

more on the subject – Saint Petersburg: Latest technology and “grandfather of the Russian fleet” for Navy Day