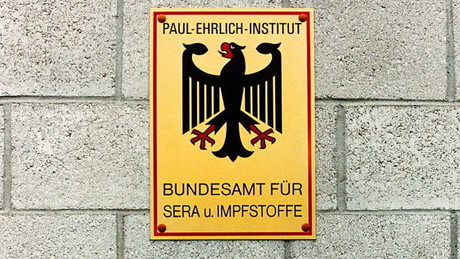 At the beginning of the year, five professors from the fields of chemistry and physics dealt with the COVID vaccine from the pharmaceutical companies BioNTech/Pfizer and in this context also asked questions to BioNTech and to the Paul Ehrlich Institute (PEI ) sent. At first she had Berliner Zeitung the correspondence between the scientists, the company and the authority documented. However, BioNTech’s responses to the consistency and quality of the vaccines were more likely unsatisfactoryaccording to the scientists.

Nun informed the scientists on their website that they had received a negative decision from the PEI for most of the questions (as of Tuesday). Even the few answers are anything but reassuring, since it is unclear whether the methods used are suitable for “the identity of the [in den Impfstoffen eingesetzten] mRNA useful to check”.

Standard methods are to be used to test the integrity and identity of the mRNA. Therefore, there is a fear that the vaccine manufacturer will not use the method that, based on the current state of knowledge, offers the greatest significance and thus the greatest safety. For example, the question arises as to why no advanced measurement methods like this are used next-generation sequencing be applied.

In addition, the PEI’s answer contained errors in some cases: the letter states, for example, that “only the intact mRNA can be expressed by the body cells”. According to the scientists, however, this is wrong, since other or truncated mRNAs can also be expressed by body cells. As a result, proteins with different properties are formed. That’s why checking the integrity and identity is extremely important, since otherwise you “risk the formation of proteins with potentially harmful effects”.

In their conclusion, the scientists point out that they have been trying for more than six months to obtain information on the quality assurance of the BioNTech vaccine from the PEI:

However, the PEI refused to answer most of the questions by decision of July 27, 2022.

“We get the impression that the protection of the population is subordinate to other things. The PEI has a duty to ensure that no harmful vaccines are placed on the market. Unfortunately, we cannot see that the PEI fulfills this legal duty; this especially against the background that vaccinations are still compulsory in the healthcare system and in the Bundeswehr and the amendment to the IfSG provides for vaccination every three months. We regret that the PEI does not want to or cannot convince us with facts.”

From a legal point of view, there are therefore good reasons to attack the PEI’s statements. In this context, they want to object to the decision and, if necessary, go to the administrative court, after all, it is about “the responsibility for the health and life of a large number of people”.

More on the subject – Question to the Paul-Ehrlich-Institut: Is mRNA vaccine beneficial for people’s health?

Because of shelling of Zaporozhye nuclear plant: Russia warns of tragedy “worse than Chernobyl”

Wuppertal: Knife attack on an employee in the "House of Integration" - the police arrest the perpetrators