Because of shelling of Zaporozhye nuclear plant: Russia warns of tragedy “worse than Chernobyl” 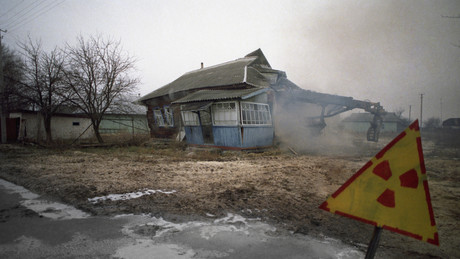 The shelling of the Zaporozhye NPP by Ukrainian forces is an act of nuclear terrorism and could lead to a disaster greater than that of Chernobyl. This was stated by Ivan Nechayev, deputy director of the information and press department of the Russian foreign ministry, at a briefing on Thursday. Literally it said:

“In the last few days, Ukrainian units have repeatedly shelled the area of ​​the Zaporozhye nuclear power plant, which is an act of nuclear terrorism. Such action by the Kiev regime could lead to a catastrophe far exceeding the scale of the accident at the Chernobyl nuclear power plant.”

Nechayev added that the radiation contamination zone could affect not only the nearby areas of Ukraine, Russia, the DPR and the LPR, but also other European countries, putting millions of lives at risk.

A meeting of the UN Security Council on this issue will be held on Thursday at the initiative of Russia. Nechayev recalled this, stressing that Russia expects the international community and international specialized organizations to “pay due attention to the catastrophic situation that is emerging”:

“We support the hosting of an IAEA mission to the Zaporozhye nuclear power plant, which was suspended in June following the decision of the UN Secretariat’s Security Department.”