Investments in cryptocurrencies are skyrocketing 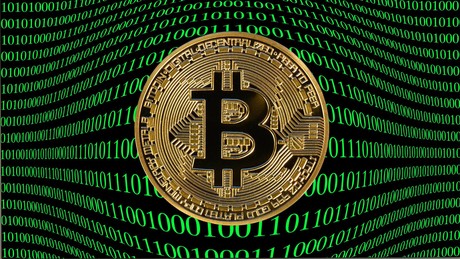 This year, as much money was invested in cryptocurrencies as in all previous years combined. Despite the corona pandemic, investors sense good business in this area. The industry is now enjoying growing diversity.

Venture capital funds invested around $ 30 billion in cryptocurrencies in 2021. That is more than in all previous years added together since the introduction of cryptocurrencies, as the market research company PitchBook reported, citing transaction data.

The data shows that companies that are active in the field of cryptocurrencies generated 33.7 billion US dollars through 1,217 different transactions worldwide this year. This is almost four times the previous annual record of eight billion US dollars from 2018.

The PitchBook analyst Rob Le was from the press agency Bloomberg quoted in the following words:

“Investors finance anything and everything.”

Cryptocurrencies have developed from a purely digital means of payment to a diverse industry with a wide range of projects. There are social media apps, blockchain-based games, and marketplaces that sell everything from collectibles to works of art. Investors such as Coinbase Ventures, Digital Currency Group and Polychain Capital increasingly see value-adding investments in these projects.

Spencer Bogart of Blockchain Capital, based in San Francisco, stated:

“We have moved beyond digital gold. We have financial services, arts, games as a sub-category of NFTs, Web 3.0, decentralized social media, play-to-earn. All of this has made investors think, ‘We don’t have enough engagement’ . “

Bogart’s company is one of the largest crypto investors and has financed more than 120 companies in the field over the past eight years. In the US alone, venture capital transactions quadrupled this year to around $ 7.2 billion, according to data from PitchBook.

The year’s biggest fundraising winners include crypto derivatives exchange FTX, which completed a $ 1 billion financing round in July, bringing its market value to $ 18 billion. The Custodian New York Digital Investment Group also raised $ 1 billion in mid-December and is now valued at more than $ 7 billion. Sky Mavis raised its valuation to $ 3 billion in October using a crypto-based online game, while the platform boosted its valuation to $ 2.5 billion using non-fungible tokens from Dapper Labs after receiving $ 350 million from investors had, including basketball legend Michael Jordan.

more on the subject – IMF warns against Bitcoin as legal tender

The completion of a draft of a new project for the internal pilgrims system.. These are the penalties for violators

The completion of a draft of a new project for the internal pilgrims system.. These are the penalties for violators