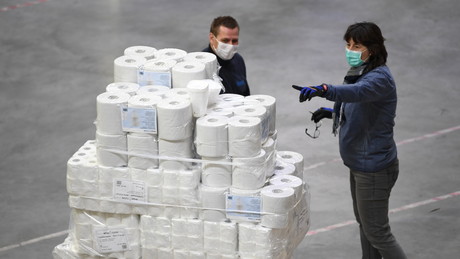 Toilet paper, handkerchiefs and kitchen towels are likely to become significantly more expensive in the near future. The hygiene paper manufacturer Essity has announced drastic price increases. The group justifies this with the sharp rise in raw material and energy prices.

The major hygiene paper manufacturer Essity has announced drastic price increases. Toilet paper, handkerchiefs and kitchen towels will be affected by the rise in prices. The group, which sells brands such as Zewa, Tempo and Tork, justifies the price increases with significantly higher raw material and energy prices.

“We as Essity will have to increase prices by a total of almost 20 percent in order to offset the cost development. What has happened in our industry in the last few weeks is no longer normal.”

Pulp prices in particular have “gone through the roof”. In addition, there are the current logistics problems, as the logistics prices have quadrupled in some cases.

“The situation will not ease in the next few months. Price increases are therefore inevitable.”

Zöller declared that talks with retailers would soon start, if not already done. He assumes that the cost development will also be reflected in the shelf prices.

“We have open contracts with most customers, so we can react more quickly. But long-term contracts also urgently need to be adapted.”

Despite recent developments in the industry, Zöller advised against buying hamsters. The supply of goods is always assured. Hygiene is a basic human need, but buying hamsters is almost depth psychology.

It was only at the end of September that Essity announced price increases of ten percent. The manufacturer had already raised its prices in spring 2021.

The departure of “Al-Shammari” .. painful details narrated by the brother of the second injured

Belgrade: “EU urges Serbia to violate its own territorial integrity”

Wirecard scandal: Shareholders get nothing

“Make Amazon Pay Day” instead of “Black Friday”: unions worldwide are calling for a strike at Amazon

The departure of “Al-Shammari” .. painful details narrated by the brother of the second injured