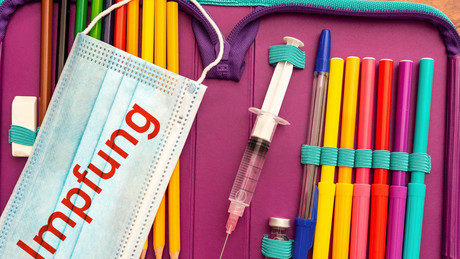 A 13-year-old student at the “Obama Academy” in Los Angeles, California, was vaccinated with the Pfizer COVID drug, according to the mother at the school – probably against her will.

A California mother claims that the Barack Obama Global Prep Academy in Los Angeles gave her son a COVID-19 vaccine without her consent and bribed the child with incentives such as pizza.

“The lady who gave him the syringe and signed the paper said to my son: ‘Please don’t say anything. I don’t want to get into trouble,'” Maribel Duarte said this week NBC Los Angeles. Your 13 year old son goes to this school.

Duarte said she discovered one day that her son had a vaccination card showing that he had received two doses of the Pfizer vaccine without her notifying her. Los Angeles schools have mandated that all students 12 and older must be vaccinated by January 10, 2022. Duarte said she was vaccinated but wanted to refrain from vaccinating her son because he had asthma and allergies.

A district spokesman did not confirm the incident involving Duarte’s son, but affirmed that students would be encouraged to get vaccinated at school. The program that offers these incentives is called the Safe Schools to Safe Steps Incentive Program and offers rewards for “families who upload proof of their vaccination, have an approved medical exemption, or are admitted conditionally.”

Duarte and her lawyer stated that they were trying to revoke the Los Angeles School District vaccination mandate.

The California mother’s claims have sparked concern on social media among critics of the vaccination mandate. Senator Ted Cruz (Republican, Texas), for example, described the allegations as “appalling.”

Absolutely appalling.The government should not be circumventing parents like this. Parents need to know (and consent) to their child getting the vaccine. https://t.co/aNuUQdsNOw

According to the district, over 80 percent of eligible students are vaccinated against COVID-19. Students who fail to meet the vaccination requirement by January 2022 will be forced to return to virtual learning.

A Jordanian official reveals: Omicron may be a local mutation

A Jordanian official reveals: Omicron may be a local mutation