Lauterbach, Geywitz, Faeser & Co .: Who are the new SPD ministers? 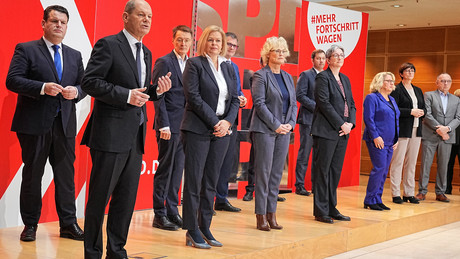 On Monday morning, Chancellor-designate Olaf Scholz announced the names of the ministers for the upcoming traffic light coalition for the SPD as the last of the three traffic light parties:

Secret US report..China is building a military base in front of the Atlantic

Secret US report..China is building a military base in front of the Atlantic